This project needs an independent land away from CIBIC existing facility. Statistically, Buhoma tourism site generates/discharges about 40kg of plastic waste on a weekly basis arising mainly from bottled water and other fresh drinks carried by tourists, tourist guides, park staff and dependents. This quantity excludes discharges made at tourist lodges and park adjacent communities which could even more than double in digits of discharges due to high demand for packaging materials by tourists and employees at the facilities. The matter is further worsened when the generated plastic wastes are eventually disposed-off through ‘open air burning’ in community settlements thus further compromising wildlife and human health due to the dangerous gases and other toxic substances that pollute the ecosystem (food chains, food webs, and niches). When plastic waste is disposed-off through open air burning or use of incineration, according to science direct (https://www.sciencedirect.com), the toxic substances thus released are posing a threat to vegetation, human and animal health and environment as a whole. Polystyrene is harmful to Central Nervous System. The hazardous brominated compounds act as carcinogens and mutagens. Dioxins settle on the crops and in our waterways where they eventually enter into our food and hence the body system. These Dioxins are the lethal persistent organic pollutants (POPs) and its worst component, 2,3,7,8 tetrachlorodibenzo-p-dioxin (TCDD), commonly known as agentorange is a toxic compound which causes cancer and neurological damage, disrupts reproductive thyroid and respiratory systems. Thus, burning of plastic wastes increase the risk of heart disease, aggravates respiratory ailments such as asthma and emphysema and cause rashes, nausea or headaches, and damages the nervous system. Hence, a sustainable step towards tomorrow's cleaner and healthier environment needs immediate attention of the environmentalists and scientists.

Apparently, all plastic wastes generated within Buhoma tourism sector are disposed-off through open air burning in community settlements while some catering facilities do not burn the wastes but simply dump them on community land eventually causing problems such as rainwater stagnation that become breeding sites for mosquitoes and sources of diseases to humans and animals. Other problems include accelerated floods due to blocked waterways and limited water infiltration in the soil. The plastic disposal on agricultural land has seriously reduced soil fertility, and contributed to hunger and poverty.  Several cases have been reported from farmers that their goats have died from digestive complications resulting from eating plastic wastes (polyethylene) that contain salt. In addition, aquatic life (especially fish) is seriously being constrained by plastics.  Irresponsible plastic waste disposal compromises the scenic beauty of tourism destinations. As a World Heritage Site (WHS) inappropriate waste management seriously compromises the conservation values and scenic appeal of Bwindi Impenetrable National Park (BINP) and erodes the site’s conservation status. 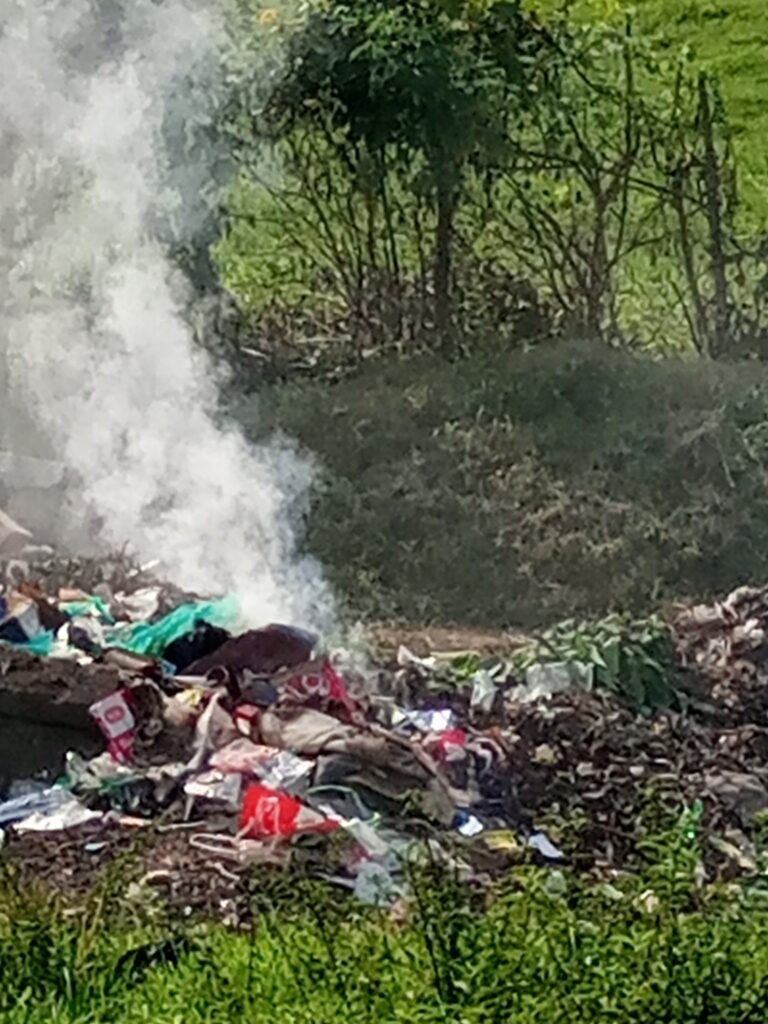